After having a successful outing last year, Rema has topped BBC Radio 1Xtra’s list of 15 exciting acts to look out for this year.

The list is compiled annually by the radio station and later announced on the famous “The 1Xtra Breakfast Show.”

However, the list was made up of recording artist all over the globe with only Rema and Sho Madjozi coming from Africa.

It was revealed on the official Twitter handle: @1xtra with a post and a caption that read;

It’s time for our #HotFor2020 announcement! 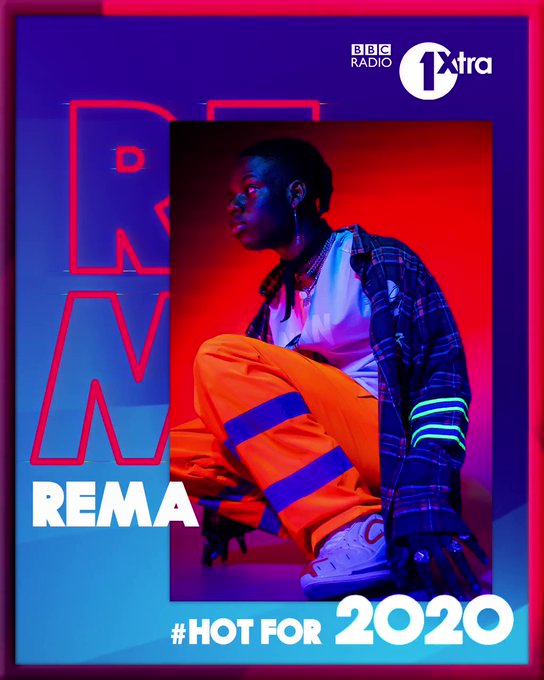 25 people are talking about this
ALSO READ : Rema Is Leading A New Generation As He Covers Tush Magazine’s Summer Issue

On seeing the post Rema replied via his Twitter handle: @heisrema to appreciate BBC 1Xtra and also promised to release more hits

Thank you @1Xtra for making me your Hot for 2020 act, more bangers to come 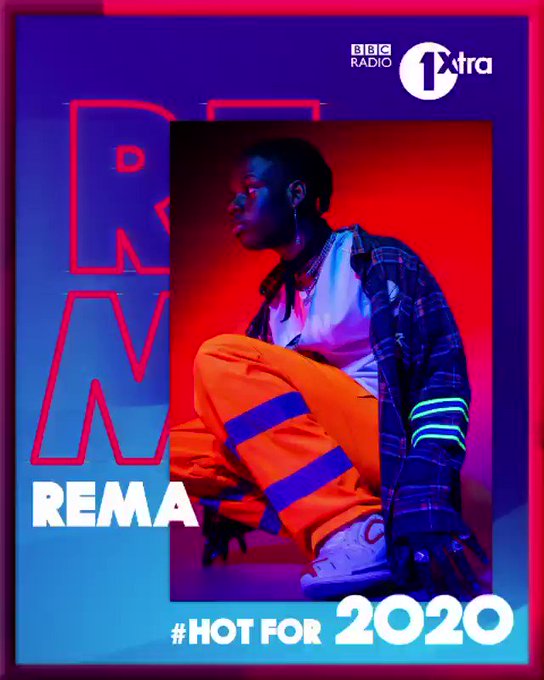 276 people are talking about this

I was a victim of internet fraudsters (Yahoo Yahoo boys) – Asa

DJ Cuppy set to drop A collaboration with Stonebwoy

I want people to get used to seeing boobs – Nigerian...