On his Instagram story: @burnaboygram on the 6th of February, 2020, he made the revelation with photo of himself doing some shooting practice.

“Just to let you know I could have been the #1 shooter for the army but I don’t like taking orders,” he wrote. 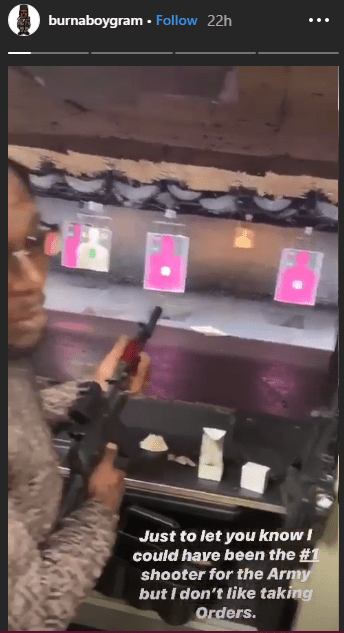 He also shared a photo of his killer shots. 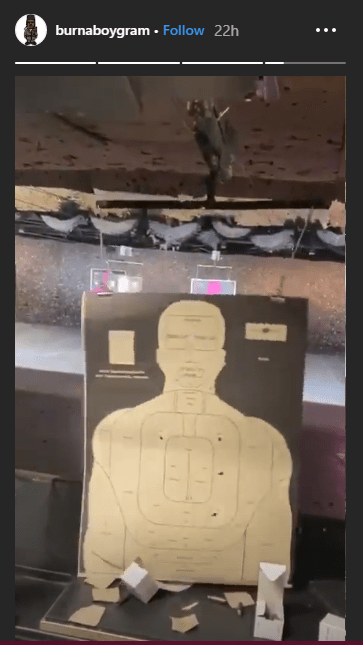 I’m desperately looking for a man to marry-Yvonne Nelson cries for...